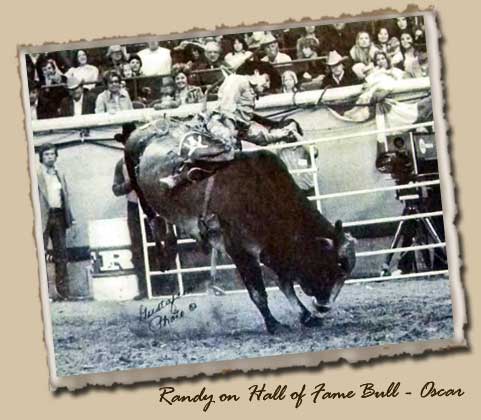 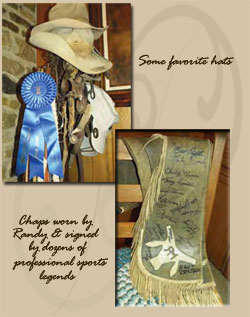 It would be difficult to find someone who loved his sport more than Randy Magers - bull rider extraordinaire. Randy was still riding bulls in 1987 in his early forties after recovering from a serious accident when a bull stepped on his shoulder, making him the oldest rider to compete at that time. During an interview in 1987 with Don Zern of Sun Sentinal, Randy said "Most guys would have hung it up by now especially after a major injury like that. But I ride bulls plain and simple. It's just as much a part of me as eating".

Randy's first professional rodeo was in 1966 where he won in bull riding. In 1967, he joined the Rodeo Cowboys Association and his bull riding career was off and running. He rode in 101 rodeos and was thrown off only 19 times. He qualified for his 1st National Finals Rodeo finishing the seaon in 5th place in the world standings. Randy qualified for the finals 9 times and was Reserve World Champion bull rider twice.

There are a lot of great memories and collectibles that go with this cowboy's accomplishments. Randy was the only bull rider to be placed on a Dr. Pepper bottle shown riding #13, the famous bucking bull bred by equally famous stockmen, Beutler & Sons. These bottles were distributed in 1975-76 to commemorate the 79th Annual Southwestern Exposition and Fat Stock Show and the West Texas Fair and Rodeo. He also remembers a Hall of Fame bull named Oscar. Oscar was famous for the challenge to ride him having thrown cowboy after cowboy. More than 300 cowboys tried to ride him but only 8 riders lasted 8 seconds - 2 of those rides were by Randy Magers. One of those rides was during the 1975 NFR when Randy finished as Reserve World Champion.

Today Randy and his wife, Sue, spends time in the cutting horse arena and raising
Champion quarter horses continuing the legacy of the great Royal King. 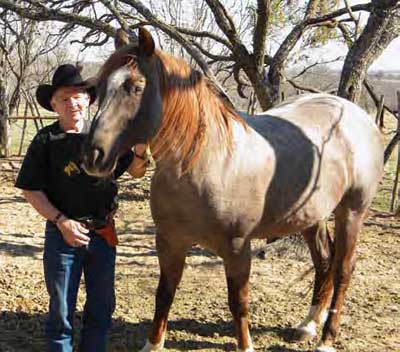